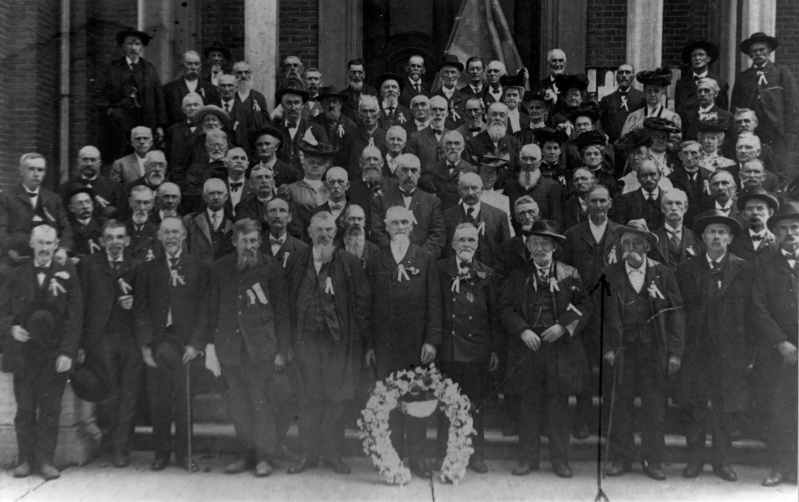 This is a picture taken in about 1914 of survivors of the 137th New York Infantry Regiment, 2nd Division, of the U.S. Army, and shows Darius Orton of Center Lisle, a member of Company E, as indicated by arrow.

He was born in January, 1844, enlisted on August 14, 1862; was shot through the neck at Gettysburg on July 3, 1863, and left for dying; recovered and was with General Grant in Mississippi and Tennessee campaigns; and was later with General Sherman at the seige of Atlanta and on Sherman's March to the Sea.